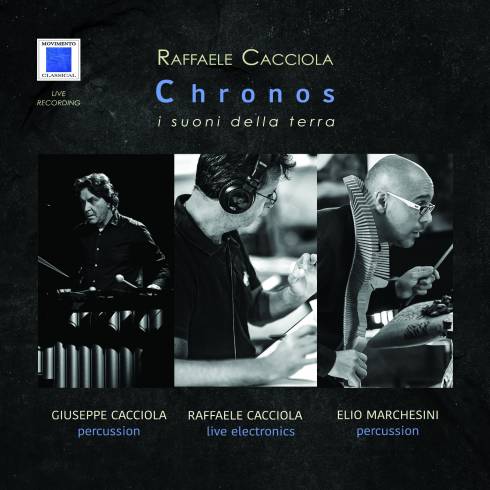 Raffaele Cacciola shapes "Chronos i suoni della terra"from the immortal plagues of Magna Graecia, a composition with a title full of symbolism that develops in thirteen "improvisations" for two percussionists and live electronics.
Since from his first improvisation the Composer creates an atmosphere of strong emotional tension, where the categories of space and time seem to want to look for themselves, but in vain. This is in order to evoke primordial Chaos, where everything is disorder, waiting fora superior Demiurge who can shape primordial matter.
AII of a sudden an uninterrupted silence dating back to the dawn of time is torn, time suddenly awakens and the rhythm, albeit obsessive, takes possession of nature, in order to restore the Universal Order.
"Ordo ab Chao", the ancient Latin adage, is the new Essence that takes shape starting from the second improvisation.
Chronos in fact explodes in its vitality, the rhythm slowly leads us towards sound, therefore imagination, (one could say towards a world made up of remote harmonies that intertwine in complex ancestral structures).
The sounds chase each other, reach and move away in an alternation of moments of tension and relaxation, and then return.
But the backbone of the composition remains the rhythm, which we could call the true "leitmotif': around which copious sound lines develop.
Now pressing, now more calm, the rhythm manages to converge all the musical elements towards a single Idea, giving an unusual structural unity to writing.
More than a composition, therefore, it is a philosophical compendium that thanks to the musical language can boast of that character of immediacy that makes it particularly communicative embellishing it with remarkable modernity, albeit preserving an "ancient" atm osph ere. 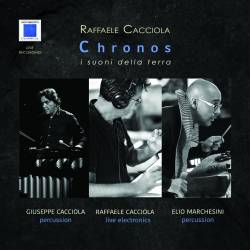 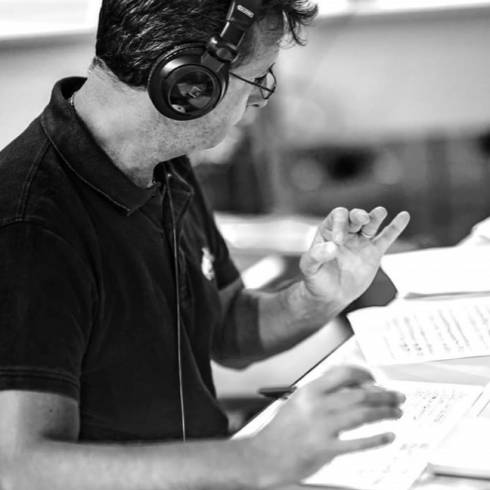 He studied Piano Composition and Electronic Composition at the "G.Verdi" Conservatory in Milan, where he graduated with full marks and honors. Among his teachers appear: N. Castiglioni, F. Donatoni, L. Berio, P. Molino, R. Sinigaglia. He is the founder and the Artistic Director of the Italian Contemporary Ensemble, created by M Abbado. Winner of national and international awards, his compositions have been performed all over the world by the best performers and have been recorded on CD. In January 1993 he was awarded the "Anassilaos" award for the music. In October 1995 for the Opera "La Scarpa di Colombo", he was awarded the “Civiltà del Mare 1995” award. Also active in the music industry, he has played various roles of responsibility within institutions, exhibitions, magazines, foundations and record companies. He collaborates as Sound Engineer with different record labels such as Amadeus, Concerto, Ega Wen, Tactus, BBMR, Suonare, Sei Corde, Agorà, Col Legno, Fono Forum, etc. Founder of the Contemporary Music Ensemble; he has created a studio specialized in high-level classical music, the Bartok Studio, in which many Italian and foreign labels (of which he cares both the sound and the artistic direction) record. Since June 2003 he organizes, for the Autonomous Province of Trento and the municipality of Cles, the International Music Courses and the Music Season as Artistic and Musical Director. In July 2007 he organized ,for the municipality of Cinigiano, the international music courses and the musical season as Artistic Director. Since August 2001 he is the professor of electronic composition and musical theatre at the international music courses held in Badia Prataglia, Cles and Cinigiano.