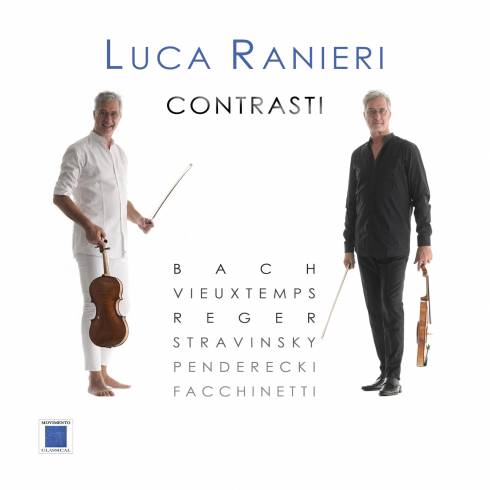 In contemporary culture the viola left a raie of 'necessary forerunner' of the orchestra. In reality, things are different, especially when they will be considered from an historical point of view.
In his treatise on court, both life and the civilization of good manners, entitled "The Courtier'; Baldassarre Castiglione considers the sound of the viola (both on the arm and on the leg), funda­mental within the cultura! activity of the court.
According to the Mantuan theorist, in fact, its sound possessed all the qualities to edify and cheer a noble soul, almost as if it were a human voice ("Beautiful music seems to me singing on the viola because all the sweetness consists almost in a solo").
Far this reason he suggested the study of this instrument and, above ali, he advised to get hold of a remarkable technique in arder to amaze his listeners thanks to his skill. Bearing this in mind we can understand how the viola was the fundamental focus of musical activity in the Renaissance. Over the years, however, the use of different instrument sizes brought this instrument to a centrai position, which is essential but, in spite of this, it often remained in the shade, although there are significant exceptions as shown in this engraving.
In this recording Luca Ranieri presents both originai pieces far viola and plausible transcriptions far this instrument. Think, far example, about the suite no. 1 far cella by Johann Sebastian Bach (1685/1750). Especially in this case, the experiment carried out raises the question of what instru­ment the composer of Eisenach had thought of, given the particular (and often acute) texture used. Despite what has been said, there were many composers who nourished a particular venera­tion far the instrument at the centre of attention. Perhaps the most significant of them was Wolfgang Amadeus Mozart who preferred it to the violin, an instrument that instead made him famous according to a precise and consummate cliché. Far several decades, therefore, the viola was used as an essential basis far the support of an unspecified amount of instruments. With late romanticism, that is, at the time of the rediscovery of 'exotic' sounds and different timbre mixtures, the viola returned to deserve attention. As a matter of fact, from that moment on the fate of this splendid instrument changed and it reappeared with greater vigor in the repertoire regaining that raie it covered in the Renaissance.
Henri Vieuxtemps (1820/1881 ), who devoted a lot of energy to the violin, decided to deepen and probe the virtuosic qualities of the viola by donating to it some elaborate compositions from a musical point of view. In some way, that of the Belgian composer was a way to cover what was recognized as a 'void'. a real hole in the musical repertoire. Vieuxtemps behaved with the viola as he did with the violin, subjecting the performer to important and difficult acrobatics, despite the more significant dimensions of the instrument he loved.

Strawinsky's (1882/1971) idea was from an aesthetic point of view, the most convincing. In fact, he preferred - as Max Reger had done earlier (1873/1916) -to seek within the real sounds of the instru­ment the right colour to hover his inspiration. His Elegy, written in 1944, soon became an essential cornerstone within the viola solo repertoire, an instrument that is well suited to the poetics of depth and pain (in this also Krzystof Penderecki (1933-2020) was not to be less looking for new sound and timbrai perspectives for the instrument).
In the musical twentieth century a particular rote is played by the Theme with variations written by Giancarlo Facchinetti in 2006 at the request of Luca Ranieri.
A late Romantic, eclectic and expressionist, with an eye to the most respectful avant-gardes, Giancarlo Facchinetti (1936-2017) gives the instrument an originai piece that knows how to combine both modernity and tradition, with a mix of expressiveness, virtuosity and poetry that are well suited to the viola that, without a doubt, it stili has a lot to offer to the international classica I repertoire. 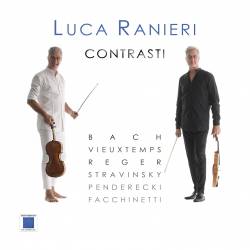 Principal viola of the RAI National Symphony Orchestra, he has collaborated with major conductors such as R.Muti, MWChung, D.Barenboim, D. Gatti, R.Chailly, D.Harding, C.Abbado, V.Gergiev, F. Luisi, K. Petrenko, playing in the most prestigious theaters around the world. From 1993 to 1999, winning the international competition for the position of viola tutti, he was part of the Orchestra of the Teatro Alla Scala.
He has played as a soloist with the Rai National Symphony Orchestra, the Chamber Orchestra of Padua and Veneto, I Pomeriggi Musicali di Milano, Filarmonica del Festival di Brescia and Bergamo, I Cameristi della Scala, I Moscow Soloists, the Hessisches Orchestra of Wiesbaden, Armenian Philharmonic Orchestra, Krasnojarsk Chamber Orchestra, Abruzzese Symphony Orchestra. He has been regularly invited, as Principal viola guest in the orchestra of the Teatro alla Scala and Filarmonica, by the Music Directors: Ricardo Muti, Daniel Baremboim and Riccardo Chailly.
In 2009 Claudio Abbado invited him to play in the Lucerne Festival Orchestra.
There are numerous performances of Mozart's Sinfonia Concertante with soloists such as G.Carmignola, A.Milani, D.Schwarzberg, M.Rizzi.With the Rai Orchestra he performed the Bartók Viola Concerto conducted by G.Phelivanian, the concert by Hindemith "Der Schwanendreher" under the direction of J.Axelrod, "Harold en Italie" with the direction of A.Lazarev, Mozart's Sinfonia Concertante for Violin, Viola and Orchestra with A.Milani and C.Arming and Robert Trevino.In 2013 he was invited to Sochi (Russia) for a concert with Yuri Bashmet and "The Moscow Soloists" for the presentation of the 2014 Winter Olympics. Recently he was invited to a series of concerts in Russia in Krasnoyarsk to perform Mozart's Sinfonia Concertante with violinist Sergei Dogadin (First prize gold medalist Moscow Tchaikovsky competition 2019) with conductor the great soloist Victor Tretyakov.
There are many collaborations in chamber music with musicians:Y.Bashmet, L.Hagen, M.Argerich, N.Znaider, M.Brunello, G.Sollima, E.Dindo, A.Meneses, V.Tretiakov, M.Rizzi. With Alessandro Milani and Pierpaolo Toso he re-founded the Nuovo Trio Italiano D'Archi, a name that came from the glorious and historic chamber ensemble of Franco Gulli, Bruno Giuranna and Giacinto Caramia. Lecturer in various music courses in Italy and abroad, he is a member of numerous competition juries.