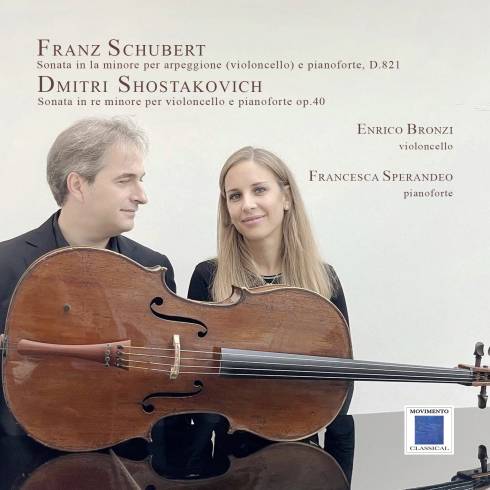 In Franz Schubert's Sonata for Arpeggione (1824) a certain ambivalence is sensed between a high, deep tone and a dancing lightness - a vague fashionable Viennese flavour, in which the polka binary taste, more than the waltz ternary form, surfaces lightly, though irresistibly.
Hofmannsthal's motto "Depth must be hidden. Where? On the surface" seems to echo here, where inspiration unfolds from a "fashionable" instrument, the arpeggione, which was born in Vienna and, as many other things in Vienna, hides an exotic blending, as if of spices - a six-stringed celio, or "bowed guitar': by the sweetish sonority suggestive of the thousand varieties of viola da braccio, which was destined to the short life of only thirty years. The music is sublime, divided between the flowing style of the second movement, suspended and melodious, reminiscent of the "Du bist die Ruh" Lied, and the piano duets of the game of military Marches, where warlike hints are toned down with grace in times of peace: dancing Lipizzaners in the Spanischer Hofreitschule flow into the bare classica! moulds, where less is more, and where the subtle, poisonous game of"Kitsch"typical of Kakania is developing and will echo in the din of mortars in the First World War. Schubert's music, as well, bridges the worlds of Mozart and Mahler, consumed with the nostalgia fora lost innocence stil! imbued with Mozart's classicism and the impulse of mourning and grimness.
The Sonata for Arpeggione seems to elude death, which may fleetingly appear as a shadow, a light wavering of the apparently conventional discourse, to remain a doubt, a feeling of unease towards the end. lmbued with intrinsic double, the Sonata is a real musical Janus, shrouded in unrivalled fascination. The ability to say something originai without severing the link with its past is one of the main traits of the best music of Soviet times. One who had followed the past century middle-European avant-garde might have slighted such an artist as Dmitri Shostakovich who, in 1934, stil! strictly abided by the most conservative formai moulds of 19th-century sonata, at a time when the only remaining part of the sonata was its name of old. Yet, Shostakovich's Celio Sonata (in D Minor, mark well!) still holds its shattering character and liveliness that make it a favourite in all cellists' repertoires, starting from its iconic early performers Daniil Shafran, Mstislav Rostropovich, and the Sonata dedicatee Viktor Kubatsky who played it with the composer himself at the piano.Of all Shostakovich's sonatas, the Cella Sonata is undoubtedly the most euphonious, and the least disturbing. Part of the reasons for such renewed harmonic balance may reside in the composer's understandable reaction to the performance of his opera Lady Macbeth of the Mcensk District, which the year previous to the composition of the Sonata had been received with utter scandal and had most perilously exposed its creator to the risk of Stalin's censorship. The vitaI energy in the language of the Sonata seems to take its origin from the syncretism of different harmonic languages, where archaic Russian modalities intertwine with western tonalities and Asian modalities, polymodality, passages of atonality, intense chromaticism used in its exclusively colouristic effect. In a sense, a real Soviet music, rather than Russian, capable of blending the barbarie Asian modes with the early glimmers from St . Petersburg, the sarcasm ofYiddish music with the archaism of the liturgicaI modes of ancient Rus, the 19th-century sentimentality of Russian ballet with the forthcoming echoes of the alienations of Futurism. AII in all, a sense of modernity that, rather than severing its link with the past, envisages the future as a heterogeneous language that broadens the horizon, not censuring but encompass­ ing all. From such point of view, a parallel may be drawn between the Soviet utopian dream, desperately trying to keep together east and west, the pro-Eu ro p ean ambitions of St.Petersburg ("the most abstract and intentional city on the entire globe': as Dostoevsky happily defìned it), andthe archaic, severe Orthodox vision of the Rus, at the time embodied in the Pan-Slavist stirrings in Moscow. The same contradictions still survive today in the post-Soviet bloc and determine the never-ending conflict of identity in the Russia of all times. 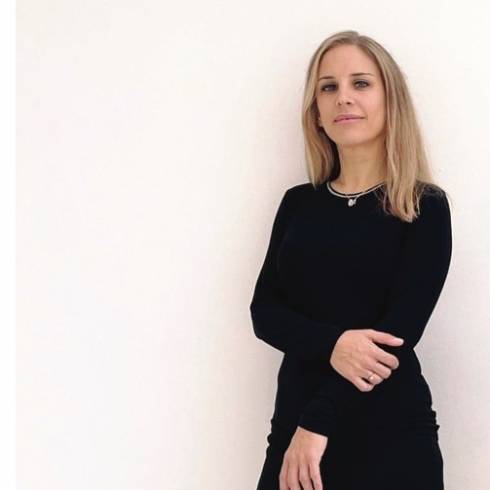 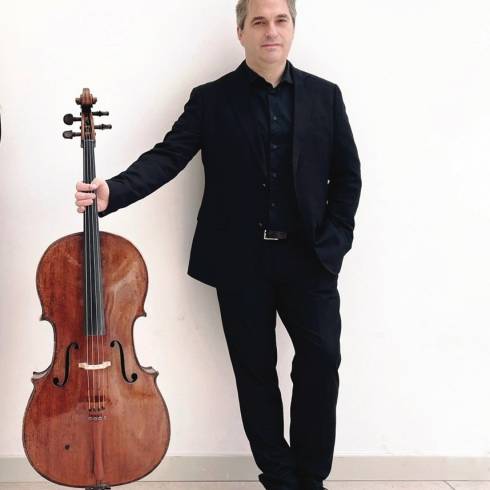