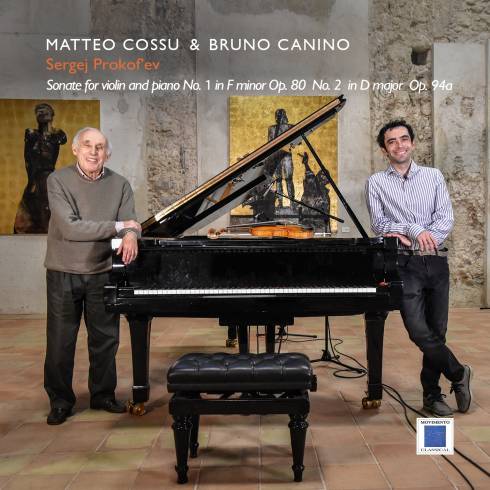 Sergej Prokofiev Violin Sonatas No. 1 and No.2

"At nineteen years old the young David Oistrakh took a nice shot from Prokofiev who later became his great friend, partner and collaborator in the writing of the Sonatas for violin and piano. At an official reception he performed Prokofiev’s Scherzo from the Violin Concerto No.1, a work that Oistrakh had presented at his graduation exam the previous year. The composer, visibly irritated, went to the piano and explained to the violinist how the piece should have been performed" (Cantù, David Oistrakh, Lo splendore della coerenza, Zecchini Editore, 2009, p.2).
From this meeting which took place in the most terrible years of the Stalinist regime, the collaboration between the two great musicians, who strongly influenced each other, began; on the one hand we have Prokofiev, the authoritarian one, lover of timbre contrasts and brilliant times, on the other hand we have Oistrakh, the steady one, expressive, gifted with a technical expertise perhaps unique in the world at the time. And it is through this concertation that the Violin Sonata No. 1 in F minor, Op 80 is conceived.
Already with the Andante you realize the stylistic novelty; the Sonata opens with a gloomy melody of the piano to which the violin responds first in the low register, then with double stops of different dynamic nuances. To give an even more spectral color, Prokofiev imposes the use of the mute in the fast demisemiquavers scales of the violin, which the piano emphasizes with chords of mysterious harmony that echo the Battle on the Ice won by Alexander Nevsky.
The Allegro Brusco is emblematic of the loudest compositions of its author; dissonant chords, sharp sounds, metric contrasts interpret a sort of "struggle" between the two instruments, ending with two virtuosic scales of the violin.
The most lyrical moment of the Sonata is the Andante, in which the indication of the mute returns for the violin.
The velvety sounds of the two instruments, the sweetness of the melody and the modulations evoke once again one of Nevsky’s most beautiful pieces, in this case the Cantata performed by the mezzo-soprano after the battle.
The Allegrissimo debuts in a bubbling F major which, by virtue of the originality of the rhythm and the alternation of 5/8, 7/8 and 8/8, recalls the folklore of a Russian folk festival. After passages of virtuosity that the two instruments exchange seamlessly, the initial key of F minor returns, with a resumption of the demisemiquaver scales of the violin with the mute and of the piano chords. The Sonata ends in the dark register and it is because of this depth that Oistrakh and Richter chose to pe rform it at the funeral of Prokofiev, which passed into the background as the composer’s death was ironically the same day as that of Stalin. Completely different in style is the Violin Sonata No. 2 in D major, Op. 94a. It is in fact a sort of revision of the Flute Sonata in D major so much loved by Oistrakh to induce him to push Prokofiev to make an adaptation for violin.The structure is immediately more classic than the previous work; the Moderato is in clear sonata form with two melodic themes and sound that only in the development reach the forte, while in the Presto the violin inherits from the flute the great difficulty of passing between the various registers, pressed by the persistent arpeggios of the piano. Prokofiev’s refined lyricism returns in the Moderato written for both instruments in the middle register, characterized by soft dynamics and delicate modulations. The final Allegro con brio is based on highlighting virtuosity and musicality to the maximum; if the first part is in a bright D major, after a modulating bridge of the piano, the violin plays a soft theme in F major that is repeated more passionately in A flat major. After this episode of intense musicality returns the D major which after an overwhelming crescendo solves in a final of great brilliance. 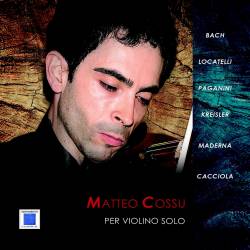 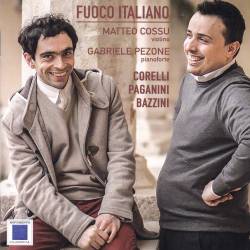 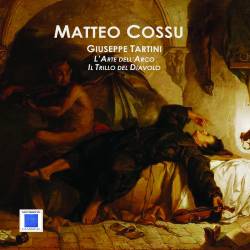 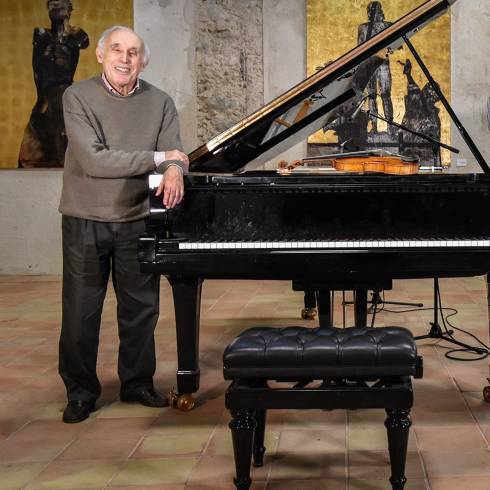 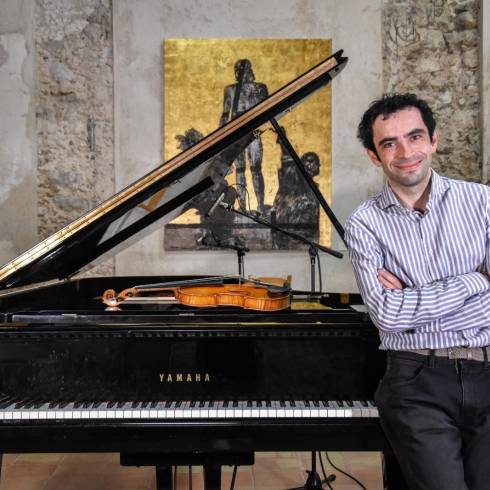