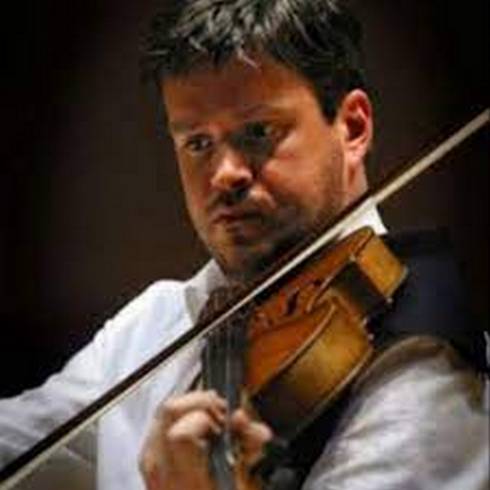 Born in 1971, he graduated first-class honour in Rome and in Freiburg (Germany), studying respectively with Prof. S.Esposito and K.Kashkashian.
He continued his training under the guidance of renewed soloists such as Y.Bashmet (Acc.Chigiana) and B.Giuranna (Acc."W. Stauffer" in Cremona).
Winner of several competitions, prized in the 1994 Lionel Tertis Competition,he got in 1995 a special prize from the Kulturkreis der deutschen Wirtschaft in Koln.
As a soloist and chamber musician he has recorded for Vigiesse, Thymallus, Agorà, Tudor, Dad, Rhona, Stradivarius, Dynamic, Brilliant, for italian Radio3 and for the classical reviews CD Classica, Suonare news and Amadeus (Brahms sonates op. 120).
Principal viola in the Orchestre des jeunes de la Mediterranée, then member of the European Community Youth Orchestra (ECYO), in 1994 he was selected by M. Riccardo Muti as principal viola soloist at the Teatro alla Scala and for the Orchestra Filarmonica della Scala of Milan.He's also member of the orchestra of the Lucern Festival and has been invited to play in the Berliner Philarmoniker orchestra. He often performs in duo with his brother pianist.
Togheter with other section's leaders of the orchestra, he recently founded the Quartetto d' archi della Scala.
Invited as member of jury in several international competitions (Geneva).He is regularly invited as professor to hold masterclasses and concerts at important festivals (Arts Academy in Rome, Festival delle citta’ in Portogruaro, Gubbio Festival, Accademia "T. Varga" in Sion, Associazione Napolinova, Accademia Malibran, Accademia di musica in Pinerolo,Sebino summercourse).
In chamber music or as a soloist he performed with artist such as J. Rachlin, P. Vernikov, M. Quarta, S. Accardo, U. Ughi, E. Dindo,E. Pahud, Sonia Ganassi, Jose Carreras . In 2003 he performed the Kammermusik N. 5 (concert for viola) with the Orchestra Filarmonica della Scala under the conducting of M. W. Sawallisch and in 2005 the Mozart’s Sinfonia Concertante with M. Riccardo Muti and the orchestra Cherubini .
He's also soloist with viola d'amore; as a composer several works are published by Sonzogno, MAP musical editions and several premiere have been performed in the teatro Alla Scala and Philarmonie of Berlin.
He plays a “Giovanni Gagliano” viola (1800). 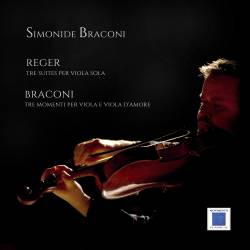