She began the study of singing and graduated from the Istituto musicale F.Vittadini in Pavia under the guidance of M. Fernando Cordeiro Opa. She continued his studies with Lavinia Bertotti, Sara Mingardo and Sonia Prina , deepening the interpretation of the baroque repertoire . She attended Marjana Lipovsek’s masterclass at the Interationale Sommerakademie Mozarteum in Salzburg and participated in masterclasses with Gregory Kunde and Ulf Bastlein. She is currently perfecting her technique with Sonia Ganassi, guide of M Fernando Cordeiro Opa. She has participated in numerous music festivals including : “Festival dei Saperi” in Pavia, where he sang the role of Arsace/ Demetrio in the Myslivecek’s “Demetrio” , “Festival Urbino Musica Antica” , “Festa dell'Opera del Teatro Grande” in Brescia and the festival “Un'isola di musica” of the “Teatro Lirico” in Cagliari ; at the “Piccolo Festival del Friuli 2014” she was a soloist in Mendelssohn’s “A Midsummer Night's Dream”, while for the festival “Corpus Hominis” in Brescia, she performed Vivaldi’s “Stabat Mater” with I solisti di Cremona. She collaborated with the ancient music ensemble "Il Demetrio" , directed by M Schiavo, with whom she recorded the first modern performance of the “sacred motets for alto” by Hasse. She performed as a soloist in the Mozart’s Coronation Mass KV 317 ,conducted by Francesco Ommassini, at the "Fraschini" theatre in collaboration with the Collegio Ghislieri of Pavia, and was a soloist in Beethoven’s Ninth Symphony, conducted by Lorenzo Passerini, with the Orchestra Vivaldi and the choir of the Municipal Theatre of Piacenza for the opening of the Symphonic Season 2015/16 of the Teatro Sociale di Como and Sondrio and for the Music Weeks at the G. Verdi Conservatory in Milan.
In summer 2016 she again sang the Ninth Symphony at the Teatro Politeama in Palermo.
She made her operatic debut as Third lady in Mozart’s Die Zauberflöte at the Teatro Marrucino in Chieti in 2013 and won the competition for the role of Clarice in Galuppi’s “Il mondo della luna” for the “Piccolo Festival del Friuli (2014)”. Also active in the contemporary repertoire, she played the role of Sharma in the opera “Milo, Maya e il giro del mondo” by Matteo Franceschini, under the direction of Leboutte, premiered at the Teatro Sociale in Como for “As.li.Co. Opera Domani 2015”. Following the As.li.Co Competition (2016), she began his collaboration with Opera Lombardia, and she was Cherubino in “The marriage of Figaro” under the direction of Stefano Montanari, and also in the staging of the San Carlo in Naples with the direction of Mario Martone. She also sang Rosina in “The Barber of Seville” for the 2016 and 2017 summer seasons of the Orchestra Vivaldi, conducted by Lorenzo Passerini. She sang the role of Hermia in Britten’s “A Midsummer Night’s Dream” in the Lombard circuit and in Reggio Emilia with Francesco Cilluffo as the conductor and Ferdinando Bruni and Elio de Capitani as stage directors, she played the role of Zaida in “Il Turco in Italia” at the Teatro Sociale in Como, with Christopher Franklin as the conductor and Alfonso Antoniozzi as stage director. She sang , at the Florence Opera, as Second lady in the “Die Zauberflöte”, with the conduction of Roland Böer and the stage direction of Damiano Michieletto.
She made her debut at the Teatro Regio in Parma for the Verdi Festival 2017 in the “Stiffelio” with G. García Calvo as the conductor and Graham Vick as stage director, and again in Parma she was the cover of the role of Sara (Sonia Ganassi) in the “Roberto Devereux”. She will sing “Giovanna” in the “Rigoletto” at Ravenna, staged by Cristina Mazzavillani Muti, conductor Hossein Pishkar. 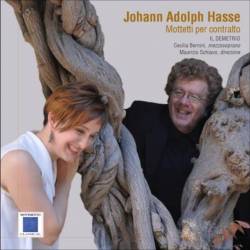