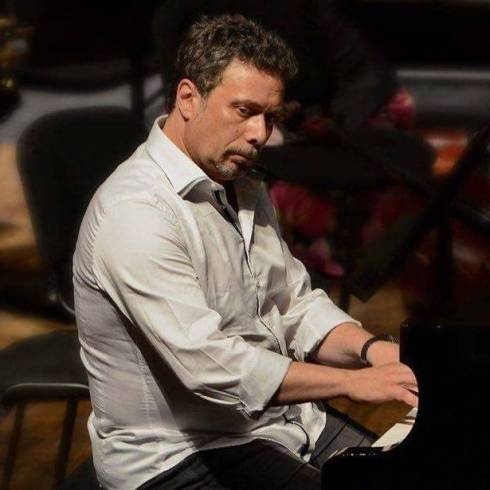 Monaldo Braconi is professor at the piano faculty of “Lorenzo Perosi” State Conservatory in Campobasso. Since 1998 he has been the associate pianist and
maestro at Accademia Nazionale di Santa Cecilia in Rome. He is a pianist in the courses at the Accademia Musicale Chigiana in Siena and at the High Performing
Arts courses of the Accademia Nazionale di Santa Cecilia with professors Massimo Paris, Giovanni Sollima and Alessandro Carbonare. Born in Rome, he studied
pianoforte and chamber music at the Santa Cecilia Conservatorium of Rome. He graduated with full marks and Distinction. He specialized whit eminent soloist as Riccardo Brengola at the “CHIGIANA MUSICAL ACADEMY” in Siena, Oleg Malov at the “RIMSKIJKORSAKOV STATE CONSERVATORY” of Saint Petersburg,(Russia) Sergio Perticaroli at the “NATIONAL ACADEMY OF SANTA CECILIA” in Rome. He has also performed in France, Germany, China, Egypt, United States, Iran, Romania, Ucraina and Russia and has worked with significant foreign orchestras and he plays with important chamber ensembles like “i Percussionisti
dell’Accademia Nazionale di S. Cecilia”,il “PianoFortissimoPercussionEnsemble”, “i Cameristi del Conservatorio di S. Cecilia”, i “Solisti della Scala” ed il “Quartetto della Scala”. As a soloist, he has played, among other things, the "Grande Concerto per la Strage di Bologna", the concert in the "EUROPALIA" Festival in Brussels and the concert held at the Auditorium Pio in Rome where performed the concert for M. Ravel's left hand with the Ukrainian National Symphony Orchestra in Kiev. This last concert was broadcast by the Italian Television (RAI UNO) and Radio (RADIOTRE). Among the various recor-dings are the last ones: a CD for Decca with the clarinetist Alessandro Carbonare and one for "Amadeus", with his brother Simonide Braconi, first viola of the Teatro "Alla Scala" Orchestra in Milan, dedicated to the opera by Johannes Brahms for viola and piano; a DVD titled "Playing Portraits" in violin trio - clarinet - piano ensemble, with Elisa Papandrea and Alessandro Carbonare, recorded at the Museum of Contemporary Art in Rome,on music from the twentieth century; The next recordings
will feature a CD de dicated to Gershwin, one in duo bassoon - piano with Francesco Bossone, the first bass of the Orchestra of the National Academy of Santa Cecilia, devoted to Schumann and a CD on piano fantasies from Giuseppe Verdi's operas. 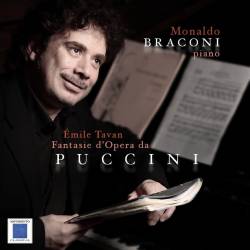