Sonatas for Cello and Piano 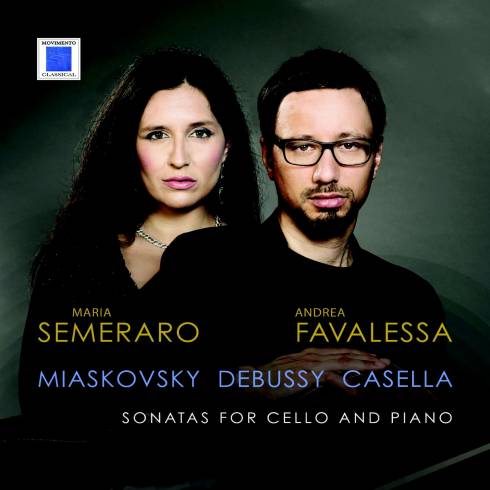 Sonatas for Cello and Piano

Nikolay Miaskovsky, a Russian composer also remembered as "the father of the Sovietic symphony" as the author of twenty-seven symphonies, in 1948 wrote the Second Sonata op. 8 7 for cello and piano, as an answer to the "Resolution on Music': issued by the Centrai Committee of the Communist Party, addressed specifically to Miaskovsky, Shostakovic and Khachaturian. The accusation of the Party was directed to "musical formalism': meant as the separation between form and content: the aim was to confute the compositional complexity thought to be too elitist and promote, on the contrary, a stylistic simplification for a greater collective usability. The critic Boris Asafyev had written, in 1920, that Miaskovsky was not the kind of composer appreciated by the Revolution so far his music "didn't express Iife through the spirit of the people" but through "the prism of his personaI emotions': The Sonata op.8 7, writ­ ten in the last years of Miaskovsky's life with the intention of reconciling with the direc­ tions of the Party, was devoted to Mstislav Rostropovich and it was thought, at the beginning, fora musical instrument different from the cello, the viola d' amore. In this composition Miaskovsky puts together a "well thought" melodie and harmonic simplicity with the recovery of traditional values and atmospheres typical of Russian music: it is sufficient to think of the crepuscular theme of the Allegro moderato and of the typical perpetuai motion of instrumental dancing themes of the third movement, Allegro con spirito. Miaskovsky, thank to this composition, got the Stalin prize, obtain­ ing it six times as no other Russian composer.

Claude Debussy wrote the Sonata in O minor for cello and piano when he was in Pourville in 1915 summer, after a period of a great depression caused by the begin­ ning of the First World War and by his disease. In a 14 October 1915 letter to R. Godet, Debussy described his growing summer activity as a consequence of his worsening health: in four months "En blanc et noir"for two pianos, the two volumes of"Etudes"for the piano, two "Sonata da Camera': one for flute, viola and harp and the second one for the celio and piano. The originai chamber project should have included six sonatas for instruments with different timbre- combinations but Debussy could finish just three: beyond the above mentioned, the one for violin and piano. A peculiar feature to the three chamber sonatas is the inspiration to the French stylistic pre-classic model of Couperin and Rameau. In this music, Debussy meant to highlight the features of ele­ gance, clarity and brightness of the French tradition. In this choice it is possible to find out Debussy's reaction to the German tradition: to the intense persona! suffering caused by the outbreak of War, it corresponds the rejection of the musical classic form a-so n at a of German origin. TheSonata is the first and it is dedicateci to Madame Debussy: there is a first movement, Prologue, with an introductory feature and then a second movement connected to the third one, Sérénade et Finale. The fundamental characteristic is fragmentation,the lack of classicaI development of musical themes. In the Prologue the cella plays a simple and sweet theme. Debussy's sound s, throughout the Sonata, reach ppp on the verge of audible and inaudible: a typical example of this is"estinto" in the Finale. Alfredo Casella will find in Debussy's works "the most import ­ ant renewal of piano sounds after Liszt". The originality of the Sonata is clear on timbre level: the potentialities of the cella are employed in a new and continuous way. In the Sérénade the cella seems a guitar: the pizzicato doesn't have a secondary raie but a primary raie playing a Sp anish-lik e theme in a dialogue with the piano staccato.

The Sonata op.8 in C minor by Alfredo Casella, composed between 1906 and 1907, is devoted, as Miaskovsky's one, to Pablo Casals, a milestone in the cella interpretatio n. Casella thought Casals' interpretations as excellent as Toscanini's and Gieseking's far "simplicity and purity of style': Casella decides to write far the cella even thank to the environment where he grew up musically: his grandfather Pietro, first cellist at S. Car­ lo's theatre in Lisbona and at the Regia Cappella of Carlo Alberto in Torino, had been a friend to Paganini and had distinguished himself far his brilliant technical skills. The Sonata, as other early period works, mirrors a lot of stylistic influences from Debussy, Mahler, Strauss together with influences of Fauré's lessons. Casella has got, besides, a strong personality in a continuous urge towards stilI unexplored fields. The composi­ tive versatility is also evident in the first movement, Allegro assai, with the reference to
W. A. Mozart Concerto k 497 in C minor. The urge and the tension of melodie lines are a fundamental element in all the So na t a : in Allegro assai the ascending lines of the cella second theme have a great expressivity and unite with the complex virtuosistic piano writing. Thethird movement, Allegro ma non troppo, is based on passionate cont rasts. At the beginning there are quick sestet of the piano, from pp to ff, looking like a menacing prelude to a storm which explodes in the dramatic and rhythmic theme in C min or. Then, there is a second moment of noble cantability, enlightened by a deep interior cat harsis. 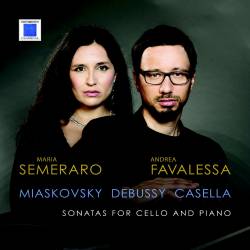 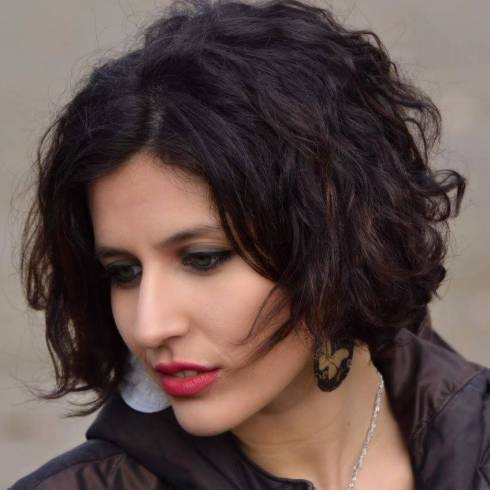 Maria Semeraro graduated from the Conservatory of Pesaro with full marks, honors and special mention, she obtained a multi-year diploma at the Piano Academy "Incontri col maestro" in Imola, under the guidance of Maestro Franco Scala. She has attended masterclasses of illustrious musicians such as A. Lonquich, J. Achucarro, J. Demus, A.Vardi, A. Jasinski, R. Tureck, P. Badura-Skoda, T. Nikolaeva, L. Margarius, R. Risaliti, R.Chaillyy. She currently attends the "R.Romanini" Foundation of Brescia under the guidance of Maestro Sergio Marengoni.
At the same time as her musical studies, she graduated in philosophy with full marks and honors with a thesis on the philosophy of music of V. Jankélévitch. She has received prizes in several national and international competitions such as: the Competition of the Milan Humanitarian Society announced among the best students of the Italian Conservatories, the second prize at the International Competition “A. Scriabin" of Grosseto, the second prize at the International Competition ”C. Soliva" of Casale Monferrato, the first prize at the Musical Performance Competion of Pino Torinese, the first prize at the Competition "Premio Terzo Musica e Valle Bormida", the first prize at the Musical Performance Competion “Premio R. Schumann" of Lamporecchio. She has held recitals as a soloist at the most prestigious concert companies in Italy, in Munich (Hochschule), in Amsterdam (Concertgebouw, Beurs van Berlage) and in Moscow (Scriabin Museum and Rachmaninov Hall of the Tchaikovsky Conservatory). She has collaborated with Maestro Rocco Filippini in the performance of Beethoven’s sonatas playing in Bologna (Accademia Filarmonica), Pinerolo (Accademia di Musica) and at the Conservatory of Piacenza.
She played as a soloist with the Rai Orchestra of Milan in the Sala Verdi of the Conservatory, with the "A. Toscanini" Orchestra, with the Orchestra di Padova e del Veneto, with the Orchestra Sinfonica Abruzzese, with the Symphony Orchestra of Moscow, with the State Orchestra of Lithuania and with the Orpheus Chamber Orchestra at the Teatro Comunale of Bologna. In 2008-2009 she participated in the integral performance of Schumann’s piano work playing in Bergamo (Sala Piatti), Brescia (Auditorium S. Barnaba) and at the Bocconi University of Milan. 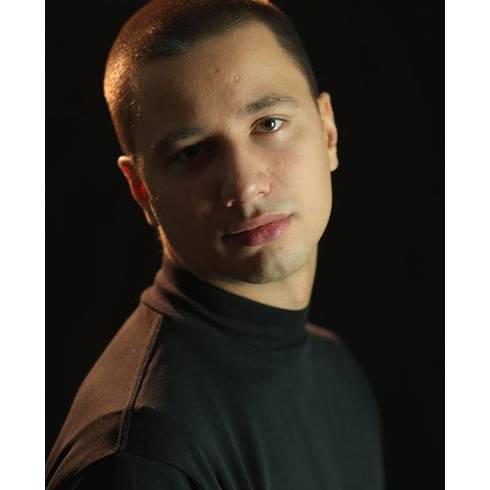 Andrea Favalessa graduated in 2001 with full marks and honors from the Giuseppe Verdi Conservatory in Milan under the guidance of Marco Bernardin. In February 2006 he obtained the second level academic diploma at the same Conservatory, always with full marks and honors.
Since 2002 he has collaborated with the Orchestra Filarmonica della Scala, with which he has participated in various productions. He collaborated as a first cello with the Accademia della Scala, for the opera “Così fan tutte” by Mozart which was staged at the Teatro della Scala in November 2007 under the guidance of Ottavio Dantone, and with the Orchestra Milano Classica.
He has won various prizes in national and international competitions, such as the first prize of the National Cello Competition of the Scuola Musicale di Milano, the scholarship of the Yamaha Music Foundation, the first prize at the International Competition «Rovere d'Oro» of San Bartolomeo, the first prize at the International Competition «Lorenzo Perosi» of Tortona, the first prize at the National Festival Young Musicians of Cervo, the first absolute prize at the International Competition «Città di Asti», the second prize at the International Competition «Silvio Omizzolo» of Padova.
He made his debut as a soloist with the Orchestra dell'Assunta in Vigentino and later played in the Sala Verdi of the Conservatory of Milan with the Orchestra dei Pomeriggi Musicali and the Orchestra Filarmonica of the Conservatory of Milan, and at the Auditorium San Barnaba in Brescia with the Orchestra da Camera of Brescia.
In August 2007 he premiered the song Pulse by Gabriele Vanoni for the Settimane Musicali di Stresa. He is a member of the SIMC (Società Italiana Musica Contemporanea) for which he has premiered and recorded for the record company Mcharmony music for solo cello by Ennio Morricone, Paolo Arata, Sonia Bo, Massimo Di Gesu.
In March 2002 he was awarded the bronze medal to the Merits of Culture and Art, by the President of the Italian Republic.