Giovanni Battista Viotti was born in 1755 in Fontanetta Po (Vercelli) and he is known mainly far being one of the founders of the ltalian violin school. Inmusic history Viotti is considered asadescendant of theart of Tartini and Corelli and and a predecessor and a precursor of the great nineteenthcentury virtuosity sealed by Kreutzer and Paganini. Despite his career as a virtuoso that lasted only ten years, he continued to compose during all his life until he died in London in 1824. Perfofming especially in France and England, Viotti had great success thanks to the twenty-nine concertos far violin quartets and sonatas far strings. However, Viotti composed a considerable amount of chamber pieces including compositions including pieces dedicateci to the voices by various instruments. The vacai compositions by Giovanni Battista Viotti Were written in the first decade of thenineteenth century, at ime when the composer by Fontanetta Po was living in London. The twelve compositions dedicateci to singing provide far one or two voices accompanied by piano, guitar or solo violin, written in the shapes of the Cantata, of the Canzonetta and of the Aria, their texts are both in ltalian and French language. Some of them are composed following the Style of the Pastorale, as Stanco di Pascolar and C'est la verdure; others present a more intimate character, as Les souvenirs and Le Ten nouspasse. The Canzonetta Va tristo e tacito, written in ltalian language, presents a typically romantic atmosphere, animated by a popular melody with a text that gives prominence to the contrasting relationship between man and nature, the loss of a complained and sighed love in a pleasant landscape of meadows and flowers. Ah rammenta, oh bella Irene presents a languid character and intimately linked to the classica! way of composing, presents a text that we can find also in Donizetti's vacai compositions. A special attention should be dedicateci to the Aria 'Cara semplicità', composed far voice accompanied by a violin. Of course it is assumed that these arias werewritten far private purposes and dedicateci to some not professional musicians of the time, for this reason we like to assume that the violin part could be destined to Viotti's students, or that Viotti himself could accompany the voice of some students playing his instrument. 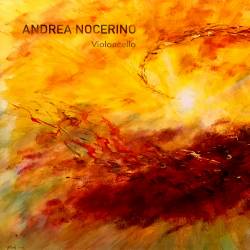 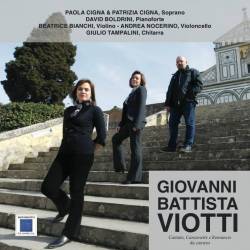 Giulio Tampalini has been hailed internationally as one of the most popular and charismatic classical guitarists, and as such he performs regularly and extensively in Italy and abroad. Winner of the Arts and Culture Prize (Milan, Italy 2014), he is a Warner Classics Artist, has recorded over 40 CDs and he has played more than 2000 concerts all over the world. He has won prizes at major international guitar competitions such as the “Narciso Yepes” Competition in Sanremo (chairman: Narciso Yepes); the International Rome Competition in 1996 and 2000; “De Bonis” International Competition in Cosenza; “Pittaluga” International Competition in Alessandria; “Fernando Sor” International Competiton in Rome and the “Andrés Segovia” International Competiton in Granada. His musical collaborations include the Soloists of the Teatro alla Scala in Milan. In 2003 his double CD “Francisco Tarrega: Complete Works for Guitar” was awarded the Golden Guitar at the International Guitar Meeting in Alessandria as “Best CD of the year”. Among his other CDs are: the “Concierto de Aranjuez” by Joaquin Rodrigo for guitar and orchestra, recorded with the Orchestra “Arturo Benedetti Michelangeli”; all the major guitar works by Angelo Gilardino; the complete Six Rossinianas by Mauro Giuliani; the Concerto no. 1 op. 99, the Quintet Op. 143 and the Romancero Gitano by Mario Castelnuovo-Tedesco, recorded with the Haydn Symphony Orchestra; the complete works for guitar by Miguel Llobet; and a DVD containing the complete solo guitar works by Heitor Villa-Lobos. Giulio Tampalini is a guitar professor at the Foundation International Academy in Imola and at the Adria State Conservatory of Music (Italy) and he is regularly invited to give masterclasses and concerts all over the world. 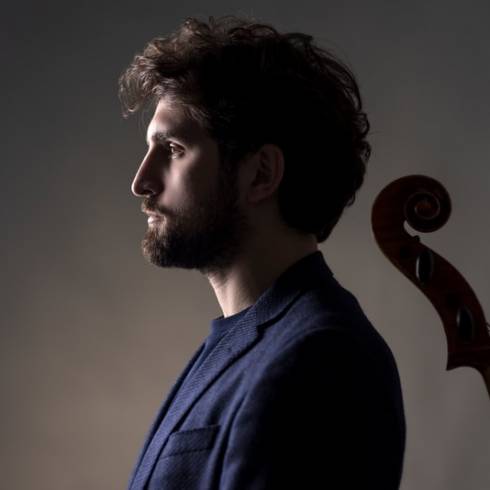 Trained with the cellist Silvia Chiesa and graduated with honors and honorable mention at the Conservatory of Cremona, in recent years he has shared the stage with established performers such as Maurizio Baglini, Guido Corti, Roberto Noferini, Francesco Fiore, Vladimir Mendelssohn, Fine Arts Quartet and Silvia Chiesa, as well as with some of the best musicians of his generation. He has performed in important competitions including “Amiata Piano Festival”, “Teatro di Villa Torlonia”, “Auditorium Arvedi”, “Museo del Teatro Alla Scala”, “Musica Vicenza”, “Auditorium Gaber” in Milan, “Teatro Ponchielli” in Cremona or “Musei Vaticani”. Abroad he was invited to Croatia (Rijeka), France (Musique en Madiran), the United States (University of Chicago) and South Korea (Goryeong Gun Nuri Hall).

As a soloist he gave concerts throughout Italy, also deepening the study of the Suites of Johann Sebastian Bach to which he dedicated his debut record. Attentive to the contemporary repertoire, he is dedicatee of some works for solo cello among which a recent piece by the composer Marco Betta stands out; he also performs in several premieres and collaborates actively with festivals and ensembles of the national scene. He has recorded for Rai Radio3, Amadeus, Movimento Classical.
At the beginning of 2019, in collaboration with the Violin Museum of Cremona, he was entrusted with the task of recording and cataloging the sound of the "ex Cristiani-Stauffer" Stradivari Cello for the international project of the "Sound Bank".
Currently the Violin Museum of Cremona has designated him as custodian musician of the precious Stradivarius Cello and reference for all the historical instruments of the collection.