lt's about the first ofthe twostring quartets that were composed in 1889 and 1896 respectìvely.
Quartet n.1 was performed in Moscow on 24th February 1891 for the first time (but it was published only in 1947, again in Mo scow). Written in youth, it reveals the author's strong musical personality, characterised by a dense writ­ ing and a melodie vein of essential romantic matrix. The first movement, the Romance in G minor is dominateci by the simple but touching romance of the melodies, from the elegant phrase, where the author combines his own
emotions and feelings, mainly sad, with the folkloral echo sounds of Russia in the late nineteenth century.
The Scherzo presents a first "playful " movement, in major key, outlined by funny shades and rapid rhythmic changes, contrasted to a centrai suddenly languid part, minor, and of sentimental intonation : a tense chant entrusted mostly to the timbre of the celio .

SERGEJ PROKOFIEV (1891-1953) Overture on Hebrew Themes op. 34 for clarlnet, string quartet and plano
The Ouverture was born in 1919 during Prokofiev 's staying in New York and after his meeting the Ensemble Zimro, a Jewish music group made up of his former fellows at the St.Peter sburg Conservatory . They were a clarinet, a string quartet and a piano and they asked him to compose an ouverture fora "sestet"that would contain Jewish themes, those ones that they themselves wrote down on a copybook. Prokofiev used only two of them: the first theme was entrusted to the tipically yiddish humorous voice of the clarinet, accompanied and interspersed with string and the piano in a march that was between the ironie and the pathetic, characterised by irregular rhythms, and a second theme, a fascinating and very sweet Chassidic melody in minor, where the cello rises to the protagonist .
The piece was performed in New York on 26th January 1920. The Russian author, even if anchored to his national music tradition, is influenced by modem or pro-Western tendencies , but this never occurs in a definite way. In this piece instead he lets himself befascinated and influenced bythe genre, or better said by that mixture of genres that nowadays we call "Klemzer" music.

DMITRI SHOSTAKOVICH (1906-1975) Piano quintet, op.57
The piano quintet is one of the best known chamber works by this author; they were composed in summer in 1940 and performed on 23rd November at the Moscow Conservatory by the Quarte! Beethoven, with the same Shosta­ kovich at the piano. The composition received the "The first-degree Sta lin " award in 1941. lt belongs to the second creative period of this author, following the officiai repressive censure that he received in the mid-1930s and that affected the music non conforming to standards of the "Soviet realism' The limitations aimed at inhibiting the experimental tensions and the expressive freedom , containing the invention within formai and constructive patterns that were more traditional and more easily understandable by the mass. The Quintet, while bowing to the principles of simplicity and clarity, reveals great depth inside, as well as the essential vocation to the armonie and timbric exploration, to the expressive-sound research, that canbe found in the forcing of the timbres, as well as in the use of "percussive" piano or in the sweeping sound of the strings in the crucial moments of the emotional fervour. However it also alternates moments of lightness, for exemple at the end, with the optimistic conclusion in diminuendo till thepianissimo. And you can imagine all this in the context of the communication of the accurate musical thought ofthe author that surely goes beyond the work itself . Sergio Lattes, a Neapolitan pianist, lives in Milan. He taught in the Conservatories of Milan for 38 years, in Turin, in Genoa. He was the pianist of the Rai Symphony Orchestra of Milan. He has played in Italy, the United States, France, Great Britain, Switzerland, collaborating with instrumentalists and singers.

He has been intensely involved in contemporary music. He conceived and organized the ASM Concerts together with Philippe Daverio, one of the earliest and most brilliant experiences of contact between music and non-profit in Italy. As a consultant to the City of Milan he then promoted new musical initiatives of the Administration, and accompanied the birth of the "Bach Weeks" with the Quartet Society.

For the European project "Working with Music" he edited the volume "Young people who go abroad", a series of talks with young musicians accompanied by contributions by Giunio Luzzatto, Jeremy Cox and others. As part of the same project, he conducted a research on the employment outcomes of graduates from Italian Conservatories which was published under the title "Live on Music, a research and 11 stories of young Italian musicians", with an afterword by Giunio Luzzatto.

In recent years he has dedicated himself to musical dissemination, holding concert-conferences that he called "Concerts with words" in various cities of Italy, and gradually establishing a large collection of popular videos on YouTube, intended for an interested but not-specialist public. They are available on the internet at bit.ly/Lattes_raccolta. The automatic translation of subtitles of these videos into English has been verified as acceptable 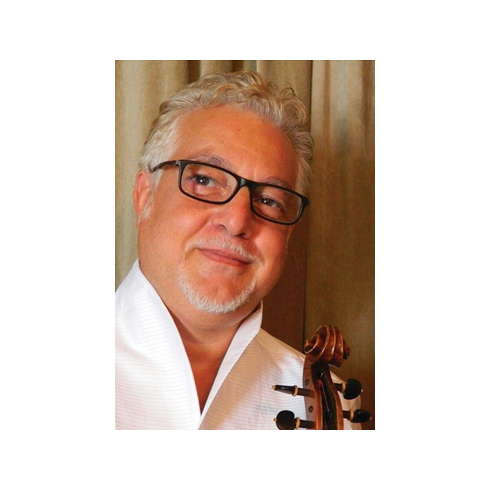 He studied and graduated in Viola at the G. Verdi Conservatory in Milan under the guidance of Maestro Renato Riccio. He won numerous scholarships and competitions such as the Minetti Prize of Cremona, the Competition F. Schubert of Tagliolo Monferrato, the Competition of Vittorio Veneto, and he brilliantly passed the selection for the ECYO European Community Orchestra with which he took part in the tour in France, Spain, Scandinavia, United Kingdom and Germany under the direction of Bernard Haitink. He collaborated as ﬁrst viola with important orchestral formations such as the Chamber Orchestra of Engelberg, the Sinfonica Orchestra of Sassari, the Italian Ensemble Contemporaneo, the Guido Cantelli Orchestra of Milan, the Filarmonici of Turin, the RAI National Symphony Orchestra. , the Pomeriggi Musicali of Milan, the Orchestra of the Teatro Carlo Felice of Genova, the Italian Philharmonic Orchestra of Piacenza, the Musicians of Parma and with the chamber groups such asThe Cameristi della Scala and the Collegio dei Musici, the latter directed by Gianandrea Noseda.In the chamber music ensembles he performed alongside musicians such as Raina Kabaiwanska, Arnold Bosman, Enrico Fagone, Corrado Giuffredi, Mauro Rossi, Roberto Baraldi, Sergei Galaktionov, Michael Guttman, Roberto Ranfaldi, Carlo Balzaretti and Christoph Hartmann, just to name a few. He successfully tackles the solo repertoire showing off performances such as the Concert for Viola in C minor by JC Bach, the Concert in G major by GP Telemann, the Andante and Rondò Ungherese by C. M von Weber, the Sinfonia Concertante for violin and viola by WA Mozart, the Brandeburgese Concert n ° 6 by JS Bach, the Romanza for viola and orchestra by A. Bruch, as well as the Folk Songs by L. Berio, the two Lieder for mezzosoprano, viola and piano op. 91 by J. Brahms and the Trauermusic by P. Hindemith.

He currently performs intense activity as a ﬁrst viola.